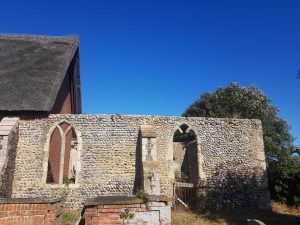 On 21 and 22 September, there was a joint event organised by Norfolk Area Ramblers and NORAH, the charity with links to Norfolk Record Office. There was a talk in Lessingham by NORAH trustee David Stannard, before a walk to see the church and then a walk to the former priory at Ingham.

The above photo is the chancel of Lessingham church, which was damaged by a storm in 1961. 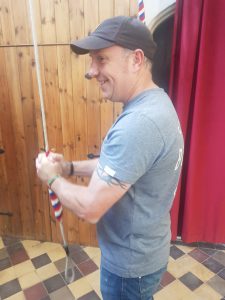 As an extra bonus, there was chance to ring the bells at Ingham church. Above is Dave, making it look easy, although others found it harder. However, extra credit must go to eight year old Dylan on the Sunday though, for his remarkable efforts! 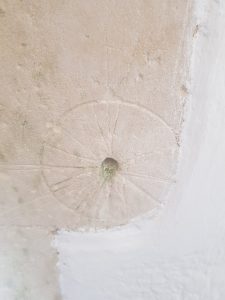 This is a sundial by the door of Ingham church, which was used to mark the time of services throughout the day. Thanks to Bunty at the church for showing us around on both days, much hidden history was revealed to us!