The national Ramblers team have been organising roadshow events for members over recent months, and these have been well received. They’re a great way to meet people and they’re entirely free of charge.

The nearest event to Norfolk will be held at Essex County Cricket Club in Chelmsford on 28 January 2017. There are a choice of workshops, which are entertaining and informal, including first aid, basic navigation, walk leading, retaining members and running walks.

The day is designed for those who lead walks, want to lead walks, or just want to learn more about the Ramblers. There’s further information at the national Ramblers site and the free tickets can be reserved here.

There’s a possibility that we can arrange a free lift or arrange transportation expenses for members, please e-mail Richard May for further details about this, or with any other questions about the day.

Sixth in the series is the Norwich group. 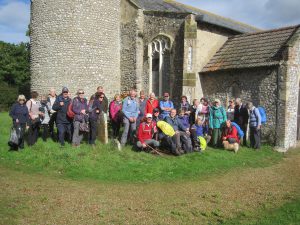 The Norwich group are one of the larger groups in Norfolk Area Ramblers. They walk on most Sundays and two Wednesdays each month. They typically walk 10 or 12 miles at a time and normally have between 20 and 30 people on a walk. 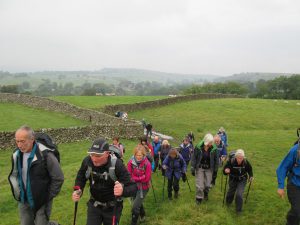 There are also numerous trips away planned, and members can take part in the trips to the Peak District, the Lake District, the Lincolnshire Wolds and Yorkshire which are all taking place in 2017.

New members are very welcome to attend a walk and further information can be obtained by e-mailing Peter James or by calling him on 07905 565740. Details of the walks can be found at http://www.norwichra.org.uk/walks.php.

Further information can be found about the group at http://www.norwichra.org.uk/.

Fifth in the series is Mid Norfolk group.

The Mid Norfolk Ramblers are a friendly group of lovers of the outdoors who get together on Sundays to walk in our local area. This could mean walking along the coast or walking inland on pathways or tracks. Usually the walks range between 5 and 12 miles in length and our pace is fairly relaxed. Be prepared for uneven ground, mud and puddles.

Most of the group’s walks are circular although they may do the occasional linear walk with a local bus out or back. This will be advised in the programme.

The group are always looking for anyone prepared to lead a walk and our walks secretary, Sue Day, would love to hear from you!

Anyone is welcome to join the group’s walks and if you have any queries please do contact us. The list of walks are available at http://www.norfolkra.org.uk/ and, as with every group, also appear in the walking programme sent to members every four months.

Fourth in the series is Wensum group.

Why not take up leisurely walking for social and/or health reasons by joining a group of friendly ramblers? It is an opportunity to meet new people and visit different places.

Every Thursday morning the Wensum Group meets somewhere in or around the eastern half of Norfolk for a circular walk of 5 – 6 miles setting out at 10.30am and returning by lunchtime. Rambles are extremely varied. They walk through interesting villages, down leafy lanes, call into churches, visit historic buildings or sites, follow a river or an old railway track, and enjoy the Norfolk countryside.

Once a month between March and October the Wensum Group travels further afield by coach with the opportunity to follow a linear walk of between 8 and 9 miles including a lunch stop. Also once a month there is a Sunday afternoon walk of 4 – 6 miles. And in the summer months there are walks of around 4 miles on Monday evenings (NB, these Monday walks aren’t running in 2018 or until further notice). There are occasional social events too.

Why not give the group a try? First, obtain a programme of walks (available at the link below), then just turn up in good time, suitably attired, and introduce yourself to the walk leader. Join the group three or four times then, if you are interested, join the Ramblers.

For further details about the Wensum Group, contact Tony on 01603 423085. The group’s walks can be seen at the Norfolk web-site at http://www.norfolkra.org.uk/.

Third in the series is King’s Lynn group.

King’s Lynn Ramblers are the largest walking group in West Norfolk offering over 200 walks a year. We offer a mix of brisk, long, short and leisurely, dog-friendly (check with walk leader for guidance), family-friendly, easy walking, breakfast walks and in the summer there are also evening  walks. Something to suit everybody!

Walking is a great way to get outside, make new friends and discover how walking boosts your health and happiness. Everyone is very welcome to try walking with the group, opening up a whole new world of friendship and exploration.

Further information about the group can be found at https://kingslynnramblers.wordpress.com/ and they have a photo gallery at https://www.facebook.com/klramblers/photos_stream.

Second in the series is Legstretchers.

This group is being newly re-established in 2017 having previously been popular as the county’s long-distance walking group within the Ramblers. The first walk will take place on 5 February 2017 and then every month from then on.

The walks are traditionally around 18 miles in length, sometimes a little more. The walks are at a relatively fast pace to ensure that the group gets around the entire distance in a reasonable period of time, but they’re never hurried or rushed.

Many walkers are interested in walking long distances but are concerned that they can’t keep up. The best way to measure this is to try a walk of around ten to twelve miles and check that you feel comfortable with that distance. Then you’re ready to give a longer distance a try!

The contact whilst the group is established is Julian White and the walks take place on the first Sunday of every month.  Contact us if you’re interested in leading or walking on one of our walks.

To help explain a little more about each group, we’re running a series about some of them and what someone can expect if they join! Anyone who joins the Ramblers can walk with any group, but we try and direct new members to the group most appropriate for them in terms of locality and walk speed.

First in the series is Hike Norfolk.

Hike Norfolk was founded in 2007 as the then Norfolk Young Walker’s Group. However, age is just a number and we changed our name because we’re for the young at heart as well!

Most of our group work during weekdays, so we offer a walk nearly every Sunday. They are typically around six to twelve miles long and attended by around twelve people on average. We also run walks every few Saturdays and occasionally during the evenings in the summer. 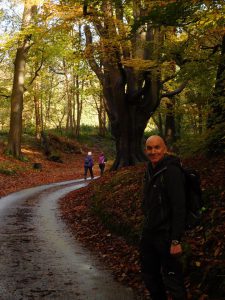 We also have a monthly pub meal (last ones have been at Torero Tapas, Turtle Bay and  the Oak Tree. We also have pub nights every few weeks and in 2016 we offered canoeing, cinema trips and we helped run a path clearance day. Four of our members also very bravely took part in Rough Runner in Manchester and two of our members walked unsupported (bar by chicken bakes from Greggs) from coast to coast. We also have a number of trips away each year, which in 2016 included the Seven Sisters (our annual trip), the Brecon Beacons and the Peak District. All Ramblers members are welcome on trips away and we’re running at least three in 2017. 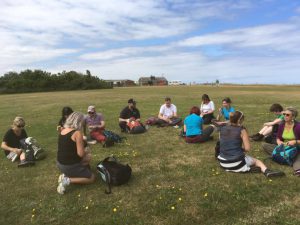 Unlike most of other groups in the area, we operate primarily via our forum which can be found at http://www.hikenorfolk.org.uk/forum3/. We actively welcome members from other groups coming to walk with us as well! 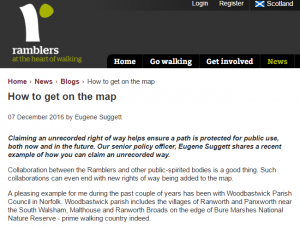 There is an interesting article on the national Ramblers web-site entitled “How to Get on the Map” which features work that our volunteers in Norfolk have been doing over recent years.

We’re always need in volunteers to help is with getting unrecorded paths on the map, so please contact us! Our details are available here.

The link on the national site is located at: 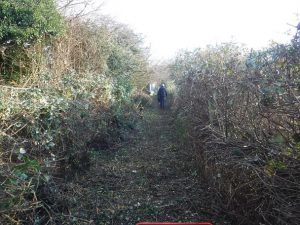 Volunteers from Norfolk Ramblers have cleared FP3 (footpath 3) beside the Paddocks and FP4 from the road in Mulbarton. Much fun was had by those involved in what was another well organised event by Peter James, the area treasurer. 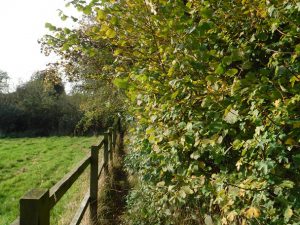 Above is the FP3 path before clearance, and below is after clearance was completed. 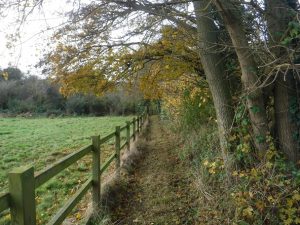 Opposite the common land area at Mulbarton the footpath FP4 has been completely blocked for over two years. The volunteers were able to clear many fallen branches and trees, with the brambles then cut back. 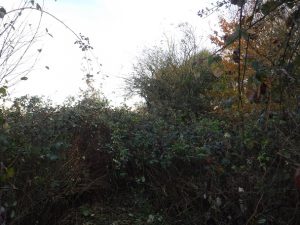 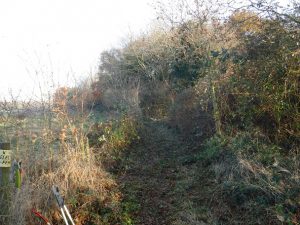 The volunteers, not yet tired by their hard work, then moved on to Bracon Ash FP1 which had previously been completely blocked. The two photos above show this path before and after clearance. They were able to get halfway along this path and will return as soon as practical to finish off the clearance.

Anyone wanting to get involved in path clearance, please get in touch with Peter James, his contact details are at http://www.norfolkra.org.uk/, it’s a fun day out and the area Ramblers have invested in a range of equipment to make the task easier.