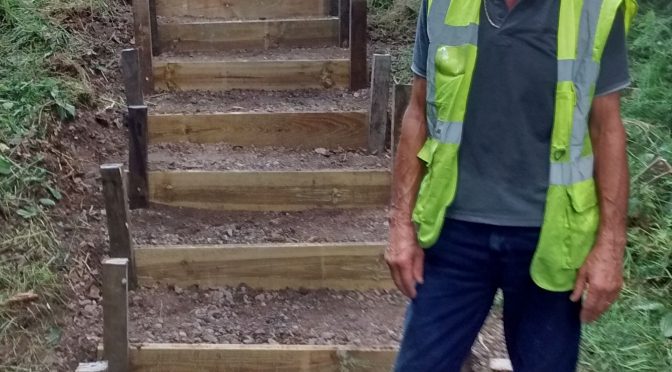 A team from Norfolk Ramblers, led by Peter James, installed steps in Dereham to help walkers. A great time was had by the volunteers, who have done a marvellous job. Thanks for all of their hard work, it’ll be much appreciated by the local community. 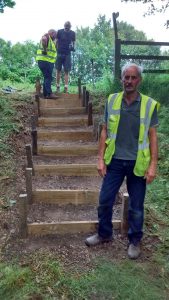 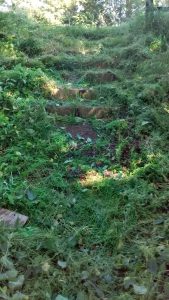 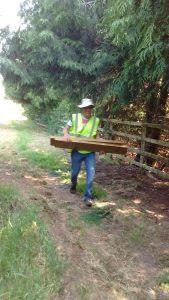 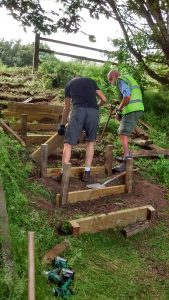 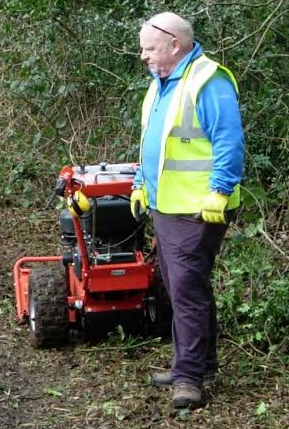 Norfolk Ramblers have in recent years given money to the local council to assist with clearing footpaths, along with cutting back some overgrown areas ourselves.

This year we’re planning to do even more work to help keep paths in the county open and to do this we’re looking to buy new equipment to help us. We’re trialling a new cutting machine which is larger than we’ve used before and we started our trials this week in Dereham. 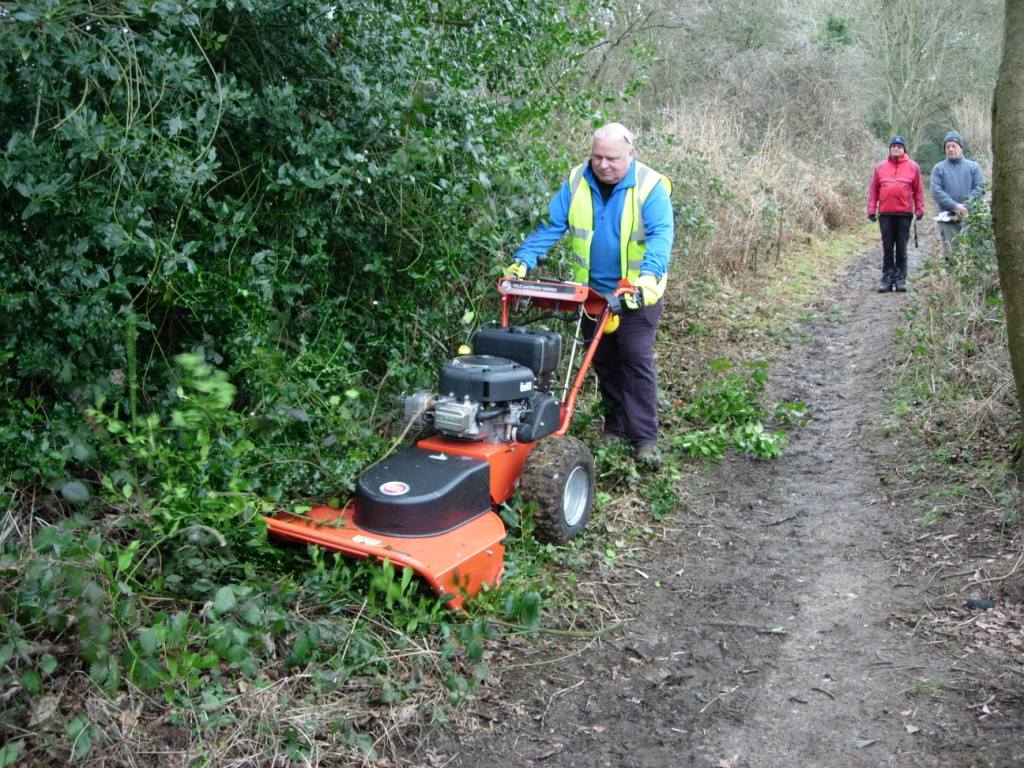 Peter, who has led much of the work building up to this trial, is seen in the above photo ploughing through some of the overgrown footpath. The path has become quite muddy as members of the public were forced to walk in a smaller area so widening it makes it easier for future walkers. 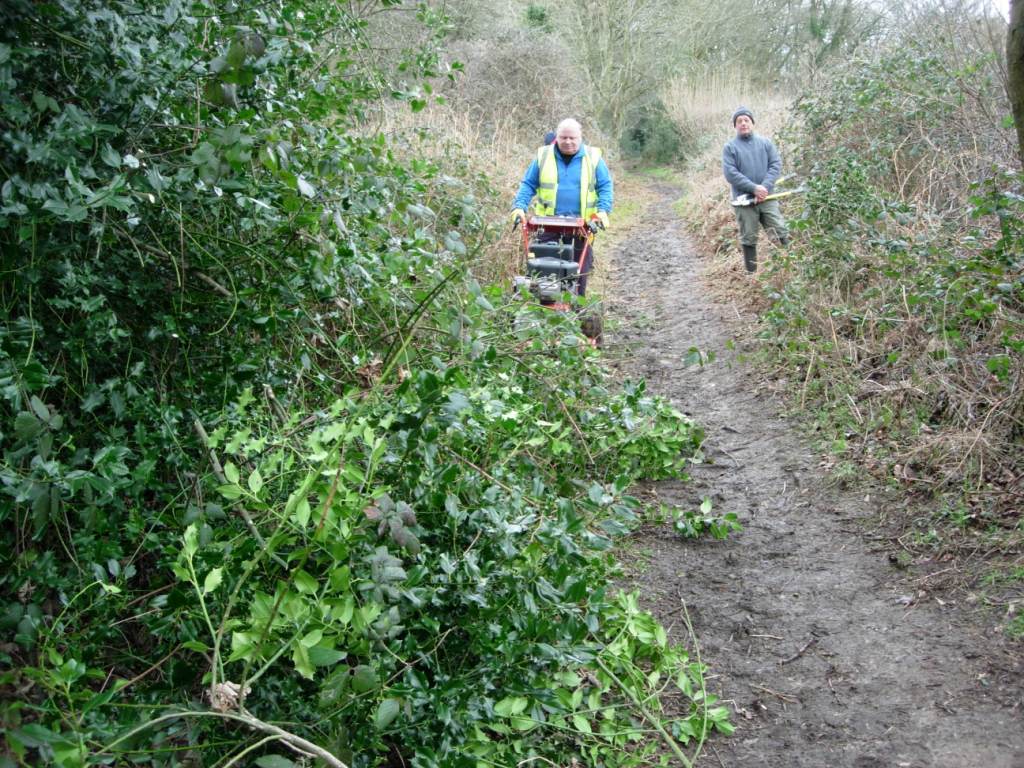 Even holly and brambles were no match for Peter! 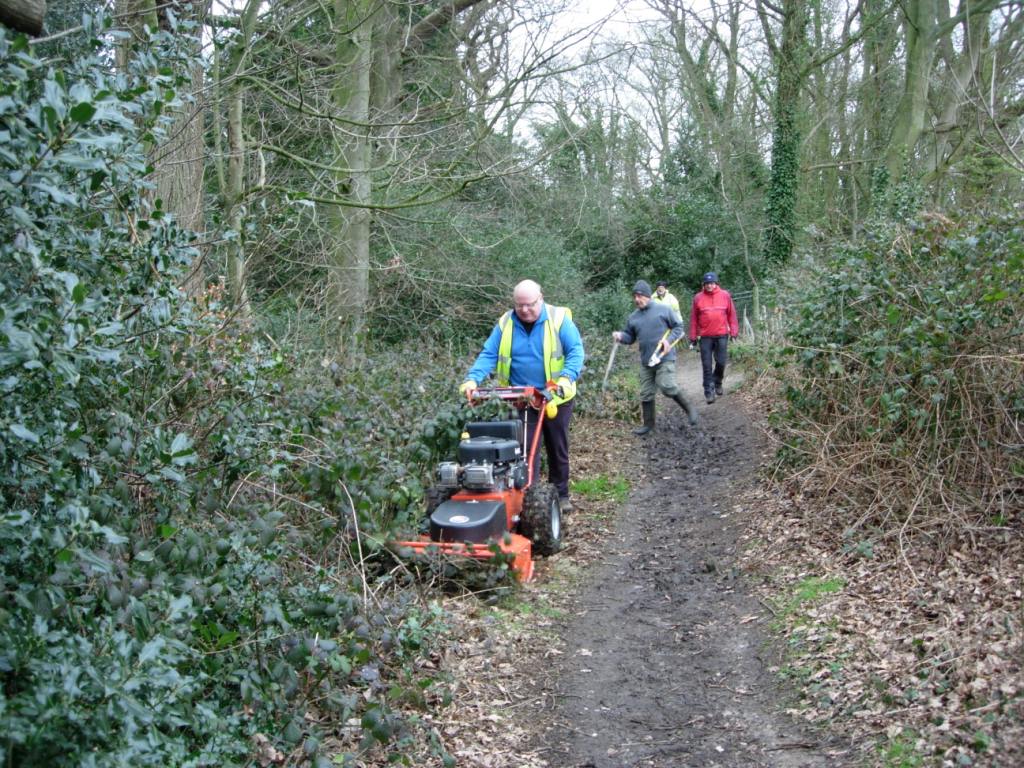 The before and after photos below show the change which the volunteer team made to the path: 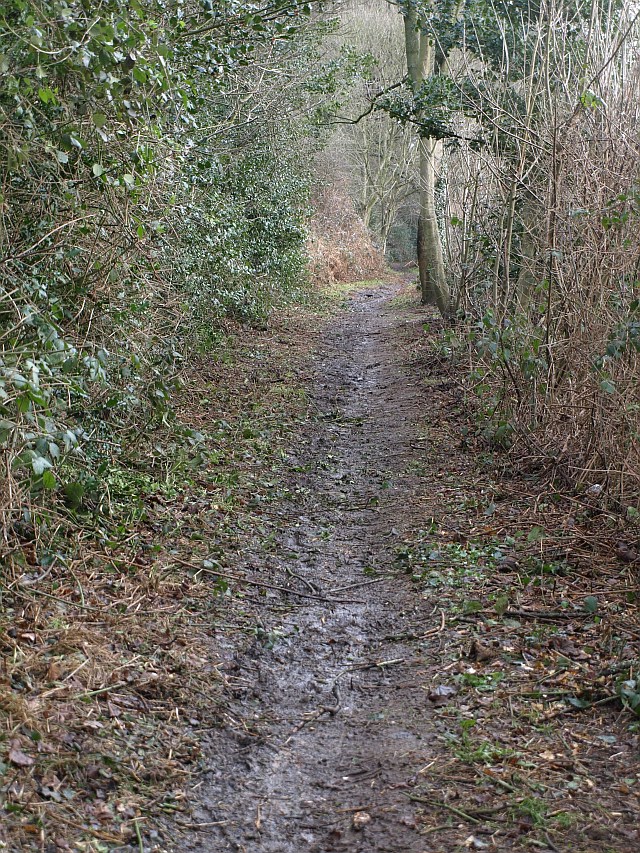 The trial went well and it is hoped that other Ramblers groups in the county will want to use the equipment throughout the year. Anyone interested in getting involved with the project can contact Peter at pdjames.ramb@ntlworld.com.