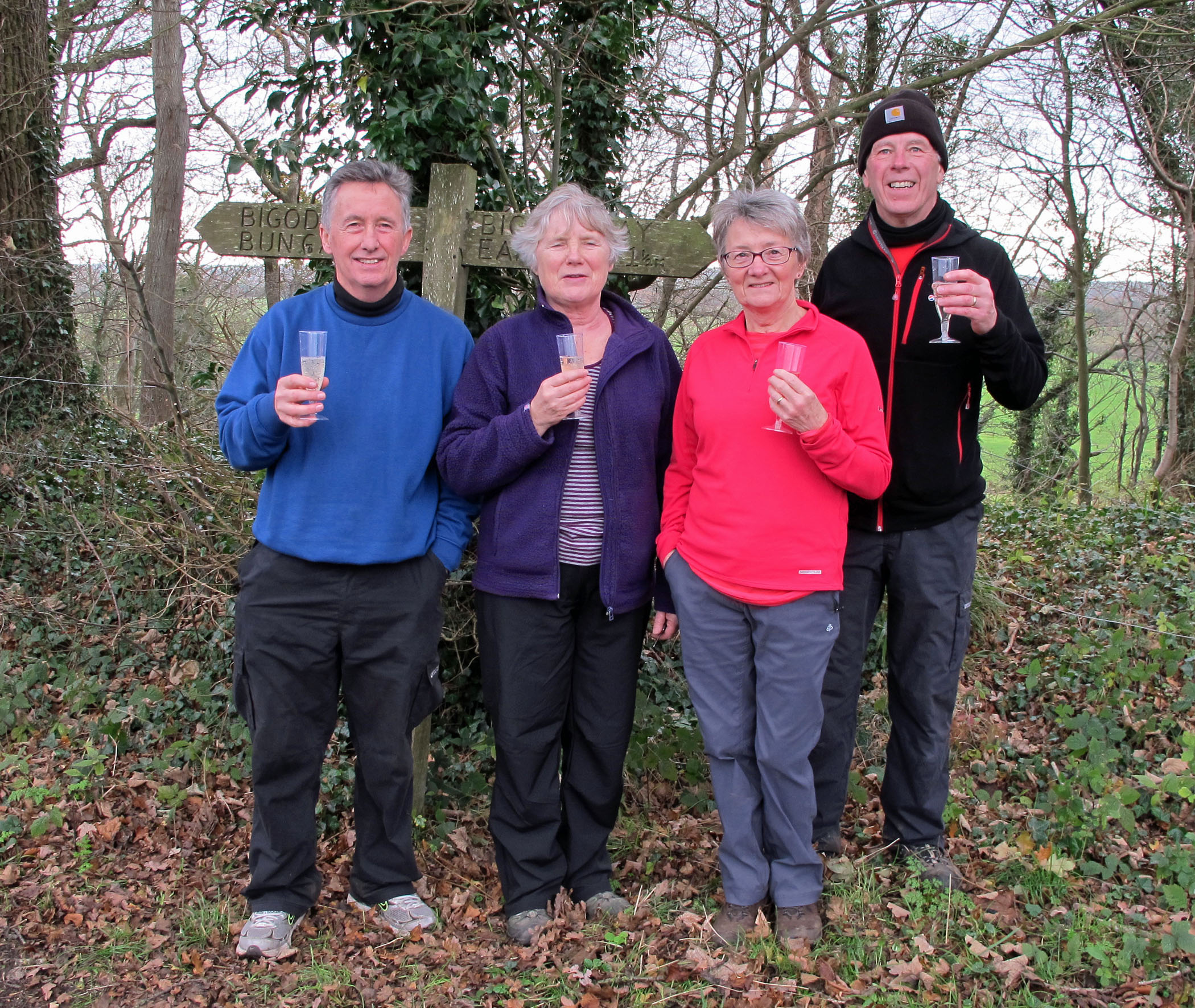 When Sue, Diana and Tony were doing a walk in Ditchingham for the EDP they happened to meet four Ramblers from Sheffield who were celebrating with glasses of wine.

The Sheffield Ramblers were at the top of Bath Hills and they were celebrating reaching the highest point of 15 National Parks. The Norfolk Broads was the last in their expedition so it was a good reason to celebrate!

Unfortunately, even the best laid plans go awry as the Broads Authority have recently amended the highest point to Strumpshaw Hill. Fortunately the Sheffield Ramblers were off there next so their challenge remains complete!

It is also a reminder of the wonderful walking which is available in and around the Norfolk Broads which since early 2015 has been formally known as the Broads National Park.